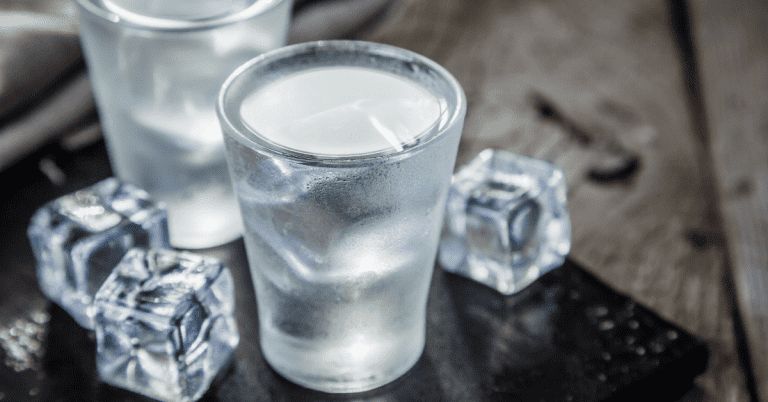 We’ve all heard the expression “ages like fine wine.”

But why does it have to be wine?

Why not vodka, for example?

This article has all the answers.

Today, we’ll talk about how long does vodka last, as well as how the way you store it affects that.

Let’s get straight to the point!

How Long Does Vodka Last?

Being a distilled spirit, vodka doesn’t exactly go bad over time. At the same time, it doesn’t get any better either.

In other words, an unopened bottle of vodka will taste the same as when it was bottled. Whether it’s today or 30 years from now, doesn’t matter.

That doesn’t mean that unopened vodka doesn’t oxidize at all. But because it has such a high alcohol content, that happens really slowly.

So for instance, a 100-year old unopened bottle of vodka might not change at all over that time.

But it might. If not stored properly (and we’ll talk about that later in the article), unopened vodka can lose some flavor and alcohol content over a few decades.

Still, with proper storage, we can safely say an unopened bottle of vodka can last you practically indefinitely.

Once you open the bottle, vodka will slowly start to evaporate and lose potency. Most manufacturers advise reaching the bottom of the bottle within a year or two from opening.

But that doesn’t mean vodka will go bad in that amount of time. It’s more than likely that you’ll be able to drink it for a couple more years. But it might lose a bit of flavor and alcohol content by that time.

When it comes to flavored vodka, things are a bit different.

The shelf life of flavored products depends on how long those flavoring ingredients can last.

But generally, most manufacturers recommend going through the bottle within 2 years of purchase.

How To Tell If Vodka Is Bad

As we already said, vodka doesn’t go bad in the traditional sense of the word. The reason lies in its high alcohol content.

Now, there’s a tiny possibility of harmful microorganisms forming in such an environment. An alcohol concentration needs to be between 60 and 90% to be able to kill all germs. Vodka, however, only has 40% of alcohol content.

Statistically speaking, pathogens can grow in a bottle of vodka. But realistically, you’d have to keep it in really bad storage conditions for that to happen.

Let’s say you keep an open bottle of vodka in an old, damp basement. It’s so damp it smells of mildew and has mold on the walls. And even in such a bad environment, vodka would have to sit open for a long time to grow mold.

In such cases, you’ll notice that the liquid is turning more opaque and dark, with spots that appear to be floating inside the liquor.

If that happens, you should throw away the bottle. Drinking it can cause food poisoning and allergic reactions.

Once opened, vodka will slowly oxidize – even when sealed correctly. This means that over time, it will lose flavor and potency. It will still be safe to drink, but won’t be as enjoyable as we know it to be.

How To Store Vodka

Like other distilled spirits, vodka is best when stored in a dry, cool area, away from direct sunlight.

Ideally, the temperature should be between 55 and 60 degrees Fahrenheit. But as long as the place is dry and dark, you can get by with a bit higher temperature. A pantry or kitchen cabinet away from the stove will work just fine.

Once opened, it’s important to keep the bottle sealed whenever not in use. If possible, keep the original cap, as the replacement options are never good enough at keeping the perfect seal.

If you go through more than half a bottle, you should transfer vodka to another, smaller bottle. That’s because the more air is inside, the faster vodka will oxidize.

Vodka can be stored in the fridge, but it’s not recommended. It does nothing for its shelf life. What’s more, low temperatures mute its aroma and flavor, making it rather bland.

Still, some people prefer drinking chilled vodka. If that’s the case with you, you can put it in the fridge for a few hours to achieve the same result.

Don’t worry, the bottle won’t freeze. Alcohol freezes at a much lower temperature. For vodka, which has 40% of alcohol content, the freezing point is -17 degrees Fahrenheit. Most freezers don’t go that low.

Vodka is one of those drinks that can last you practically forever.

Unopened, it retains the same quality as when it was made.

Once you open it, it slowly evaporates and diminishes in flavor.

Still, it will stay fresh for another year or two. The best way not to wonder whether your vodka is good enough is to drink it by that time.  Cheers!