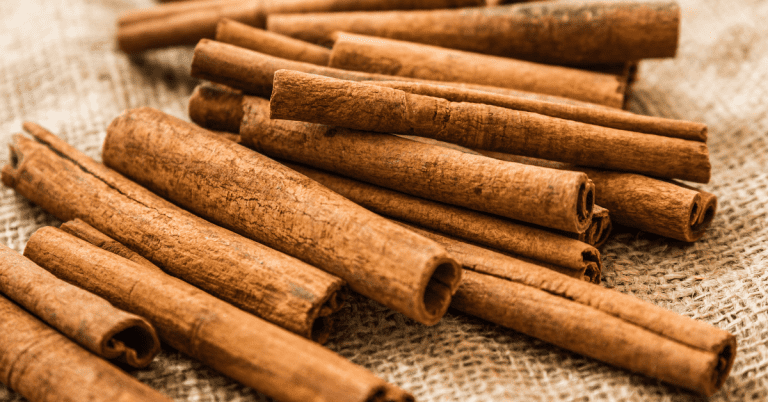 Your chili needs that extra oomph? A pinch of cinnamon would do the job, but you’ve only got one ages-old cinnamon stick in your pantry.

If these questions are popping in your head, you’re not alone.

But instead of taking a leap of faith, it’s better to read up on backed-up facts.

In this article, I’ll share everything you need to know about storing cinnamon sticks.

So keep on reading.

How Long Do Cinnamon Sticks Last?

Generally, cinnamon sticks can retain freshness for at least 3 to 4 years. In fact, they can usually be usable way past the date on the label. That’s only a rough estimate of how long they’ll retain optimal quality.

It doesn’t matter whether you’ve opened the packaging or not. But you’ll have to adequately store them after each use. I’ll get into more details on how to do that later in the article.

One thing to keep in mind is that cinnamon sticks stay fresher much longer than grounds. When grated, cinnamon will lose its potency within a year. If you don’t use this spice that often, it’s better to grate the sticks in small batches.

How To Tell If Cinnamon Sticks Are Bad?

There could be some clear indicators that cinnamon sticks are no longer good. Mold growth, unnatural smell or insects inside the container… If you notice any of this, you should throw those cinnamon sticks away.

Now, these visual signs won’t usually occur after some time. They only appear when cinnamon sticks are stored in really poor storage conditions. If any of these red flags appear, you might want to check your pantry for spoiled food and moisture issues.

Like other spices, cinnamon has to be dry. If the stick appears to be moist or sticky, throw it away. The same goes for grounded cinnamon that starts clumping or soft to the touch.

In normal circumstances, cinnamon sticks don’t go rancid and can’t get you sick. But they do lose aroma and taste after some time. So how to tell if they’re good to use?

Fresh cinnamon has a spicy and sweet aroma. The scent is rather strong, so you’ll easily be able to tell if it has weakened over time.

The same goes for flavor. To be sure it’s good, you’ll have to try it. By that, I don’t mean taking a chop off of the cinnamon stick. Instead, grate a small amount, then rub your finger in the powder and taste it.

Cinnamon should taste sweet and woody, with a hint of citrus notes. The flavor will gradually weaken over time. That doesn’t mean it’s unusable, but you might have to add more spice to your meal in order to season it properly.

How To Store Cinnamon Sticks?

Cinnamon is susceptible to photodegradation. That means exposure to sunlight and air can speed up the degradation process.

To keep cinnamon sticks safe from UV rays, you should store them in a pantry or kitchen cabinet. Or, if you really insist on using a spice rack, at least get an opaque container that will keep away the sunlight.

If you choose to keep cinnamon sticks in the cabinet, just make sure it’s not the one too close to the stove. Too much exposure to heat can react with different chemicals and essential oils in cinnamon. That, in return, reduces the flavor.

When it comes to packaging, you should use either an airtight container or a releasable bag to store cinnamon sticks. Make sure to close it properly after each use to prevent too much air from getting inside.

A sealed packaging also assures no moisture or pests can reach your precious spice. It also prevents cinnamon sticks from absorbing odors from nearby foods.

While plastic can absorb odor, that’s not the case with these other materials. Additionally, plastic doesn’t do such a good job at keeping the container sealed as other options do.

Even if you use lots of cinnamon for cooking, it will take you a while to go through a single stick. So keep only a small amount you plan on using in the next few months close at hand and store away the rest.

That way, you won’t unnecessarily expose the entire bulk to air every time you want to spice up your dish.

Finally, you might be wondering if you can extend the shelf life of cinnamon sticks by keeping them in the fridge or freezer. But just like with many other dry spices, that’s not a good idea.

Low temperatures can cause cinnamon sticks to lose flavor over time. What’s more, not sealing it properly will let the moisture in. Ultimately, that creates a suitable environment for mold growth.

Like many dry spices, cinnamon sticks can last for many years. They lose potency over time, but if you store them properly, they may stay fresh even after 4 years.

The only way cinnamon sticks can go bad is by being exposed to moisture, heat, and pathogens. In that case, you’ll notice clear signs, such as mold and foul odor.

This can be easily avoided, by storing them in airtight containers in a dark and cool spot.